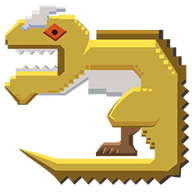 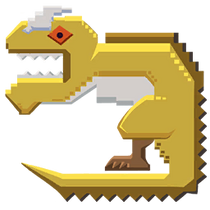 This predator is famous for its agility and ferocity. Its horns are extremely dangerous.

The Carnotaurus is one of the creatures in Pixark.

The wild Carnotaurus is fast and clear-sighted, so its prey rarely escapes. Try to avoid them if you are not powerful enough.

When Carnotaurus is tamed, its agility and high attack makes it a good battle partner.

Some of the Carnotaurus have improved themselves, they have mastered a skill of high-speed assault (RMB) and with their bigger horns, they can crush the enemy's shell or skin and deal much more damage.

A smaller version of a T. rex and is easily recognisable by its distinct horns on its head

Will attack on sight