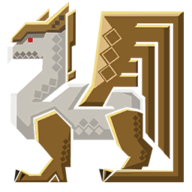 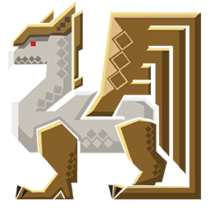 The Gryphon is one of the creatures in Pixark.

Wild Gryphons only live in magical forests or near mountains. This kind of creature likes to attack from above. They will show no mercy to anybody who intrudes into their territories.

A tamed Gryphon is usually stronger than an Argentavis, and they are capable of grabbing humans and animals of small to medium sizes and whisking them away into the sky. They are adept air creatures.

It is a hybrid with a lion's body, tail and two hind legs, and with the wings, head, and talons on the two front legs of an Eagle. It also has a pair of feathered ears and the face is white.

Usually flying around in the Golden Realm biome. Caution is advised as this is an aggressive creature.

Use magic sleepy arrows to knock out.

A great flying mount, these iconic beasts fly fairly quickly and have tons of health compared to other fliers.