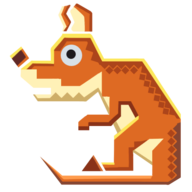 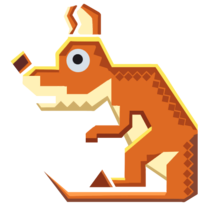 The Procoptodon is one of the creatures in Pixark.

Wild Procoptodons are not very courageous, and will flee when attacked. Despite this, there are very few species that actually pose a threat to them.

Upon taming Procoptodons, humans quickly discovered that their strong bodies allowed for two riders without being overencumbered.

It's a fast mount on the land, can jump very far and has good HP. Can also carry a friend in it's pouch. It's a passive and can be tamed early game.