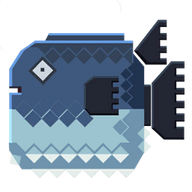 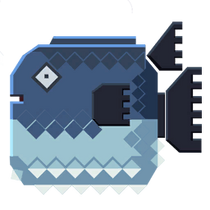 The Puffer is one of the creatures in Pixark.

Their diet makes them far more toxic than their regular counterparts, naturally intimidating and deterring would-be predators. Explorers have discovered that this tamed puffer subspecies has the ability to turn carrion [spoiled meat] into a special sleeping potion.

The colour of the Puffer is blue.