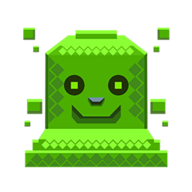 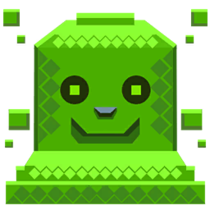 a creature made out of slime

The Slime is one of the creatures in Pixark.

Slime's are the most common and weakest magic creature. They have no attack power and run away when attacked. Even the greenest newbie can defeat them easily.

People tame slimes just for entertainment. Possibly because it looks like a hat, many people choose to put them on their heads. The mouse over says they convert raw meat to polymer. Put meat in its inventory and enable wander.

The Slime is a Passive creature. It will hop around in Magic Forests randomly and will not attack or fight back.

To tame place meat (cooked or uncooked) the last hot bar slot of your inventory. Go up to the slime until a message comes up on your screen, "Press [E] to tame" repeat until tamed.

Slimes can passively create Polymer when they are left on wander with meat in their inventory.

PS4: Slimes DO NOT need to be left on wander to passively create polymer. Simply having Raw Meat in their inventory is enough.

It does however, require a significant amount of time for the slime to generate polymer.

((About the time needed for 9-11 raw meat to rot, to generate 1 poly. Please note that I WAS within Render distance during this experiment. -p0xtastic))

PS4: please note that slimes require a certain amount of space to successfully be placed on ‘wander’.

If your slime remains static, just spinning it’s eyes and does not move) Simply move it to an area with a touch more space. Roughly 4Lx5Wx4H.

After a brief pause, when ordered to wander, the slime should begin to hop around.